ServiceNow uses the MySQL database to manage its information, so whenever users are looking at a list of records they’re looking at the results of a database query.

Like all databases, MySQL is designed to handle large volumes of information in the most efficient manner possible. To do this, MySQL has a concept known as indexes. These work very much like the index in the back of a book. Instead of flipping through every page looking for something, a quick trip to the index can let you find all the references for a subject in one spot. In the same way, table indexes increase the speed of database queries.

Here’s a real world example of a user waiting upwards of a hundred seconds for the following query on a table with 200,000 rows.

On investigation, it became apparent that there was a database index that should cover this scenario, but it wasn’t being automatically picked up by ServiceNow because of the way indexes work.

Indexes are ONLY used if the columns within them are used seqentially, and this is an important point to understand.

It doesn’t matter which order the columns are used within the query itself, but they MUST occur based on the order in which they have been put into the index as read from left to right. For example, when it comes to this particular index, the following holds true.

Also, it’s important to note that key columns (like Assignment Group) probably occur in several indexes, so just because this particular index isn’t used doesn’t mean no index will be used. Another index might pick up where this one leaves off.

When a query or report is run, the database engine will examine all the indexes on the table to determine which is most efficient index to use.

All the reference fields used in ServiceNow have an index applied to them, but these aren’t always the most efficient way to query the database. For example, consider these two indexes.

The first index is the default index for the Assigned To column as a reference field. Although it filters on Active, that is only applied AFTER the Assigned To.

The second index is the one we’re examining, but it can only be used if Assignment Group is also used (following the order of the index from left to right).

If you have a table with a million rows but only 20,000 of them are active, then which of these approaches will be more effective?

As 98% of the records are inactive, option (b) will produce the best results as it will completely ignore 980,000 records before it starts filtering by name.

Going back to our real world example, we can see that our index is NOT being used because the very first column in the index hasn’t been included so none of the other parts of the index are being applied. By adding Active we’ll bring this index into play.

We’ve gone from 100 seconds down to less than one second!

In this particular case, the results were exactly the same as this person was only actually interested in active records anyway but forgot to include Active in their query, but what if we wanted both active and inactive results? Ah, this is where it gets interesting…

Again, by including Active we’re allowing the MySQL database to use this index and improve performance, and look at the results.

Rather than waiting almost two minutes, we have our results in under a second.

In theory, this query is now exactly the same as the original (which didn’t specify whether a record was active or not) and yet look at how much faster it is because the database can use this index.

Also, it’s interesting to note, that in the absence of this index, the database would have used index (2) above, but because active was applied second it was grossly inefficient.

Trying this same approach on a table with 2.7 million rows, retrieving ALL the rows (with no query) took 21 seconds. Using the seemingly counterintuitive approach of "active=true or active = false" consistently reduced that to 13 seconds, and still returned all 2.7 million rows! That’s a reduction of 40% in the query time!

JDS doesn’t recommend using this "active=true or active=false" query. It’s included only as an example to help make the point. All list views should have a query behind them, and those queries should be based on the underlying database indexes.

The lessons from this are...

To learn more about how JDS can optimize the performance of ServiceNow, contact our team today on 1300 780 432, or email [email protected].

Learn more about our ServiceNow offering

Like any enterprise platform, ServiceNow has a complex relationship with its underlying architecture. Originally, ServiceNow was built on Java ...
Read More

As Australia continues to establish it’s new COVID normal, the time has never been better to consider the utilization of ...
Read More

Working With ACLs In ServiceNow

ACLs or Access Control Lists are the process by which ServiceNow provides granular security for its data and can be ...
Read More

How ServiceNow’s ‘Virtual Agent’ can assist your organisation: Part 4

This blog entry is part of a four-part blog series on how ServiceNow’s Virtual Agent can assist your organisation. See ...
Read More

How ServiceNow’s ‘Virtual Agent’ can assist your organisation: Part 3

How ServiceNow’s ‘Virtual Agent’ can assist your organisation: Part 2

How ServiceNow’s ‘Virtual Agent’ can assist your organisation: Part 1

This blog entry is part of a four-part blog series on how ServiceNow’s Virtual Agent can assist your organisation. If ...
Read More 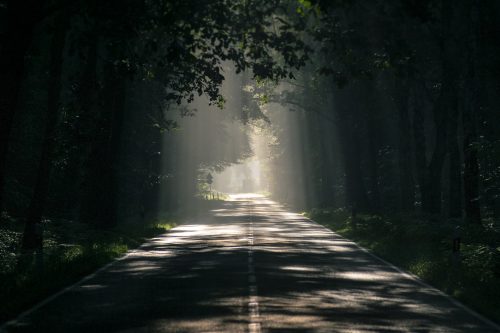 How Field Service Management can help your customers

The Challenge Field agents are typically the face of most organisations, yet for many businesses, those resources and their day-to-day ...
Read More

With ServiceNow committing to two major releases a year and only allowing customers to operate on n-1, having a well ...
Read More

Recently, a customer asked us to remove their Get Help catalog item from the list of Popular Items in the Service Portal because it's ...
Read More

Modal popups are an effective way of interacting with users when more information is required than would ordinarily be available ...
Read More

How Contract Management Can Help Your Customers

It’s common for organisations to want something a little bit more than what is on offer by ServiceNow in its ...
Read More

Virtual Agent Is Your Friend

ServiceNow’s service portal offers a lot of flexibility for customers wanting to offer complex and sophisticated offerings to their users ...
Read More

Picture this: you've had ServiceNow in your organisation for a couple of years, and you’re starting to notice the number ...
Read More

When working on ServiceNow portal widgets, etc, it can be useful to write out information to the browser’s console log ...
Read More

ServiceNow uses a special type of super flexible variable to store information in what appears like a single field, but ...
Read More

ServiceNow uses the MySQL database to manage its information, so whenever users are looking at a list of records they’re ...
Read More

How to effectively manage your CMDB in ServiceNow

Configuration management is a popular topic with our customers, and JDS has been involved in a number of such projects ...
Read More

Breaking down silos to create an enterprise capability

More and more, organisations are opting to use Identity Providers (Idp) to allow their users to access multiple applications without ...
Read More

How to customise the ServiceNow Service Portal

Integrating a hand-signed signature to an Incident Form in ServiceNow

Sometimes a business needs to save their client's signature on an incident to prove that someone has come out to ...
Read More

We have delivered Micro Focus solutions and migrated "Operations Manager for Windows" (OMW) to the innovative new OMi for a ...
Read More

The introduction of the Service Portal, using AngularJS and Bootstrap, has given ServiceNow considerable flexibility, allowing customers to develop portals ...
Read More

One common requirement JDS sees when working with ServiceNow customers is the need to dynamically filter the available choices in ...
Read More

Although ServiceNow comes prepackaged with a wide array of prebuilt applications, it’s possible to extend these and develop entirely new ...
Read More

How much time is your organisation wasting on manual processes? What is the true cost of lost productivity? Straight-through processing ...
Read More

ServiceNow offers a handy little feature on forms that use choice lists. The values populated in one field can determine ...
Read More